Balancing the masculine with the feminine 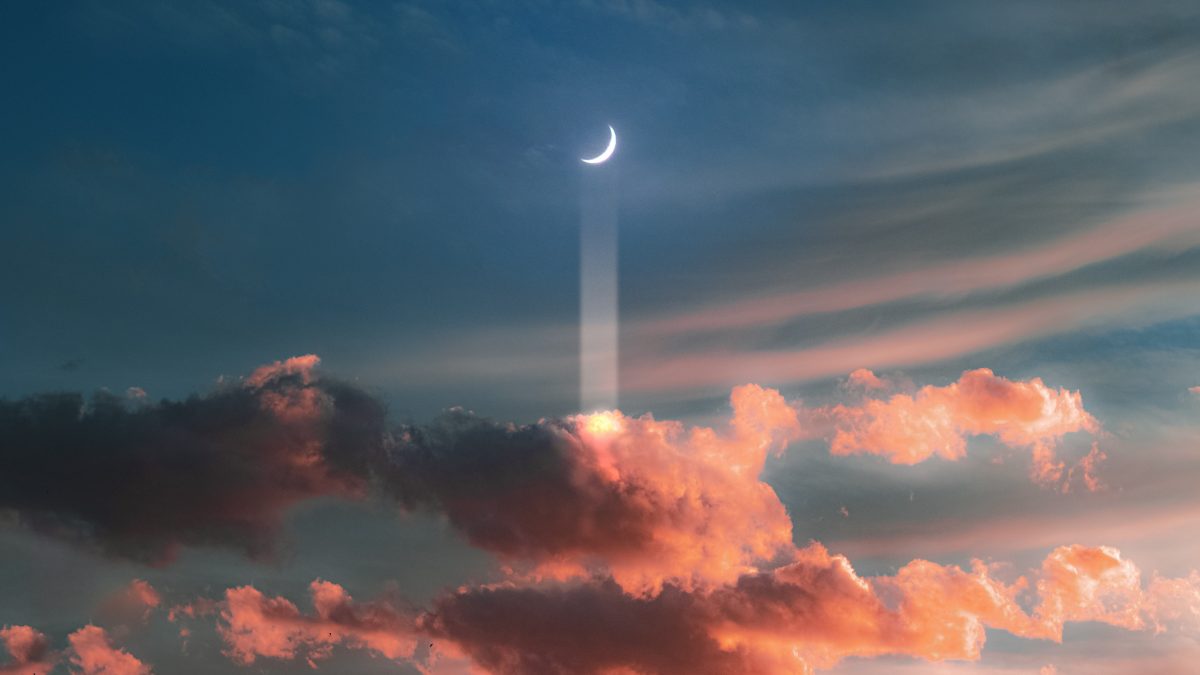 At the beginning of 2020, my long term relationship was ending. We decided to part ways, and I had booked a flight at the end of February to spend a couple of months at my childhood home back in Kenya, leaving the flat I was in with my partner, and the life I had built in London for the past 20 years.

I put all my belongings in storage, knowing that when I returned I no longer wanted to live in London, I was ready for a change, and my body, mind and soul had been craving nature and open spaces for a good few years now.

As I got back to Kenya, my parents were taking advantage of the fact that I’d be there with my youngest brother (and his carers) who has many special needs, and were going to France and the UK for a few weeks to spend time with my step-mother’s sick father.

But, just 10 days later the world went into lockdown, my parents got stuck in France and I was in Kenya with my brother.

What came from the months that followed, was a rising of many things I’d still not dealt with – the shadow, parts of me I’d forgotten or ignored, triggers that I still felt. It was like 2020 was asking for it all to surface. But, this time when they did I realised the strength, resilience and tools I had to support myself. Although there were some dark times, there was so much opportunity to be had in each of them. Looking back at it now I see how I experienced such contrasts, how I was given one side of the pendulum to become aware of the other. This was a year of duality for me.

I felt extreme loneliness rise up. I had many nights where I woke up feeling so alone, desperate and empty. It reminded me of when I first left Kenya to go to University in London. I was so homesick and saying I hated it, would be putting it mildly. Now in the exact opposite situation 20 years later, I was homesick for my life in London.

This time, I did something I’d only kind of done before – I asked for help from the non-physical – from the Universe, the Divine, from my mother who passed away when I was eight (whom I have been feeling more and more connected to), from the forest beings I felt in the garden and from my dragons I’d started connecting with recently.

I have felt so much connection with my non-physical support team, I no longer feel alone. Don’t get me wrong, I also crave human connection in the physical, but having the non-physical to lean on this year, is something that got me through some dark nights when I woke up at 3am questioning everything. As I asked for help, sometimes crying out loud in despair, I felt waves of love wash over me, I surrendered to all that I was feeling, letting it come out and I felt myself truly held by something bigger than me, with a deep knowing that it will all be okay.

From feeling I had no direction to finding my niche

At the start of 2020 I felt like I had no idea what I was doing with my business. I had been in a space of seeming nothingness for almost six months. Whenever I connected with my intuition, asking for guidance on my next step, I wouldn’t receive anything. One time I felt a giant cocoon, as if what was coming was still metamorphosing. I felt that something would come, I just didn’t know when.

In less than an hour at the end of January the idea for a business to support empath entrepreneurs online (linking each of the seven main chakras in the body to a different part of your business) flooded out of me and combined all of my experiences and areas I’d worked in for the past 20 years.

It was such a magical experience and truly taught me the importance of trusting and allowing the process. Today, I am continuing to grow this business so smoothly and with joy, following the breadcrumbs of intuitive guidance as they are given to me. Through this work I have also connected with people and made more magical connections than I have in the past 4-5 years of having my own business, and feel like I have found my niche.

In a year with so much restriction on travel and general moving around – I was also in a place where I couldn’t even go anywhere on my own (I don’t have a driver’s licence and you need one to get around in Kenya). Even though I am a bit of a self-proclaimed hermit, I too was missing the ease with which one can step out your door in London and go for a walk, just for a change of scene. Yes, I was incredibly blessed to be in a house over-looking a forest and have nature on my doorstep, but, like many globally during lockdown I also felt trapped physically.

But, as I surrendered to the situation I began to train in colour therapy, and re-visited a long held love I had for past life regressions, I found freedom, and I began to journey in different ways.

I started painting, inspired by the colours I was learning about – letting myself get lost in their hues. Exploring how each made me feel. What emotions each colour brings up and how they are a mirror to what I am feeling in that particular moment. I got lost in a magical world of far-away lands and visions, with days turning into weeks, passing by, as I dove further in.

Alongside this, the colours began to bring up links to past lives and in the evenings lying in bed I would regress myself (sometimes with the help of audios by Dr. Brian Weiss) into memories and experiences from this and many, many other lifetimes. These journeys were great to explore triggers I was feeling and getting to the root cause, or just allowing myself to go back and trust that what came up was what I needed. I have been to Atlantis, Egypt, Ancient Greece, the US dessert, India (to name a few) other planets and beyond. Even though some of the regressions were not that pleasant, there was always something in there for me and I am so grateful to have travelled in this way. I also often used these journeys as food for my artistic creation and between the two experiences a whole new world of adventure and possibility has opened up for me.

From giving to surrendering to deeper levels of receiving

After seven months of being alone at home with my brother, spending every afternoon and evening with him to give his carers a break, I was exhausted, and ready for a break. I definitely gained a new, deep-found respect for carers as it’s intense having to give all the time and be present with someone who has such unique needs.

A week after my parents got back I came down with Covid. Amazingly nobody else did. I knew I was really run down, and it hit me. I was out, mostly asleep exhausted with body pains and fever, for a week, then in bed for another two, and it took another five-six weeks of various head symptoms before I began to start feeling like me again. During this time I was looked after in a way I don’t ever remember experiencing as a child. Being the eldest of seven there wasn’t much time for being sick and I kind of got on with it if I did ever feel bad.

So, even though I didn’t feel good there was so much I received in the surrendering to being cared for. It began with fresh home-cooked meals being brought to my door (I know how lucky I was to be where I was), being given all the supplements, herbs and essential oils, being taught breathing exercises by my step-mother in the garden at a distance, being asked how I was feeling a few times a day, getting dietary support to help with the head issues. Then as I was able to go out I received Reiki treatments, more breathwork, meditation exercises and acupuncture.

Finding greater resolve and peace within

It’s interesting reflecting back on this year, which at the time of writing is not fully over yet. I also know as time goes on, more insights and ‘aha’ moments will come from this year. But the most significant thing I have experienced is how I feel within myself.

I started this year knowing that there would be some difficult times ahead. I knew that I would have no home for a while; a relationship ending, and I was un-clear about my work. It felt like I was having another awakening where all my structures and stability had come crashing down. Little did I know there was even more to come.

Whilst there were many WTF moments and a few ‘Why is this happening to me?’ ones, there was so much for me, in these times.  As a coach who is all about embodiment in life and business, I know how powerful it is to dive into the body – all the feelings and emotions – as that’s how I will be able to alchemise them into the treasures.

Allowing myself to feel everything as it happened: to cry, to get angry, to feel sadness, loneliness, despair even, opened doors to even greater healing and resolve from issues I was still carrying. I spent a lot of time with my inner child – in fact I spent time with many different younger versions of myself, looking after her and supporting her as I needed then.

Having the time and space this year to really go into the shadow, to really sit with everything that came up, to honour all of it and allow it to be what it is, whilst simultaneously growing and expanding, has truly been a gift for me. (I do want to acknowledge how grateful I am that I could do this, as I know many others’ situations have not afforded them this).

Letting go of what I thought I wanted my life to be and going with what this year has brought me has definitely been challenging, but I feel so much gratitude for it all and a deep sense of peace within, a knowing that it has all been perfect.

Photo by Mahdi Soheili on Unsplash

This piece is part of a compilation ‘#2020VISION’  from The Unbound Press.

Following the end of an epic year of unbinding, #2020VISION is a time capsule like no other; filled with stories and wisdom to be captured in time.

If you are looking for one-to-one holistic support for your business and life, I invite you to book in a call here and let’s feel into what it might be like to work together. 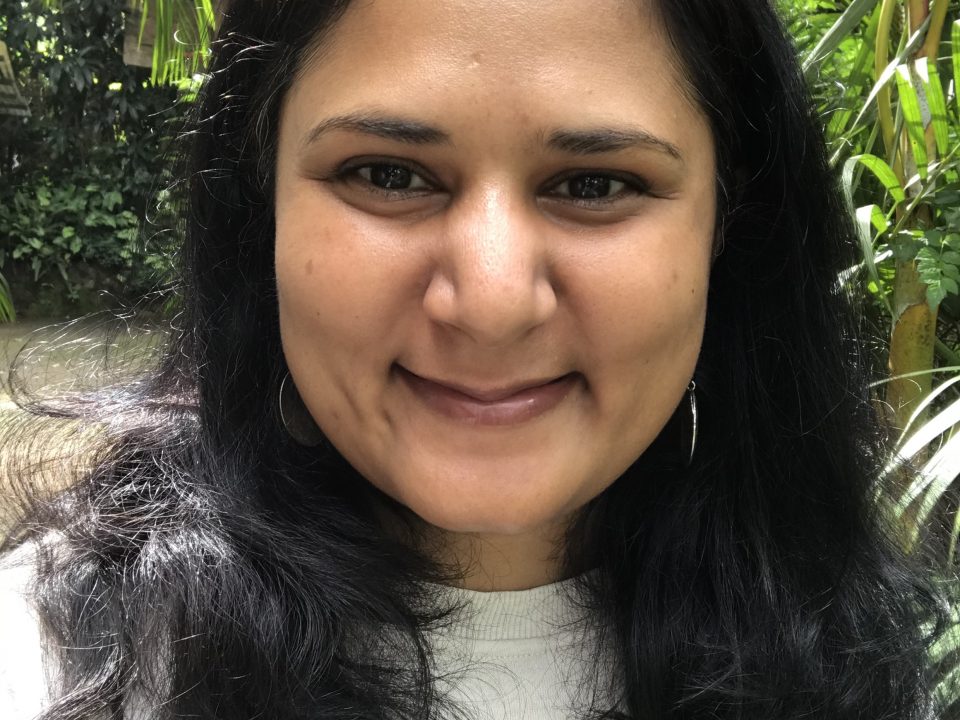 Some random things about me